Archeology and hiking: an activity ideal for everybody

THE QUEEN OF THE FAIRIES

The Domus de Janas, also known as the "fairy houses" are monuments built around 5000 years ago, linked to the mysterious cult that dug the rock to build eternal houses for their dead. We can admire the domus de Janas "S'Incantu" (magic) in the territory of Putifigari, one of the most beautiful of the whole island. The Domus de Janas "S'Incantu" is also called the "painted tomb", it is considered the queen of the domus de Janas Sardinia for its beauty and symmetry: its interior is cararcterisé by a double sloping roof dug in rock, with majestic columns and many symbols carved in trachyte, symbols associated with a prehistoric cult. 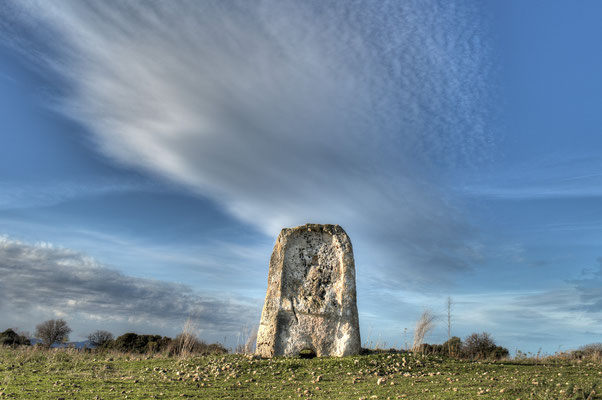 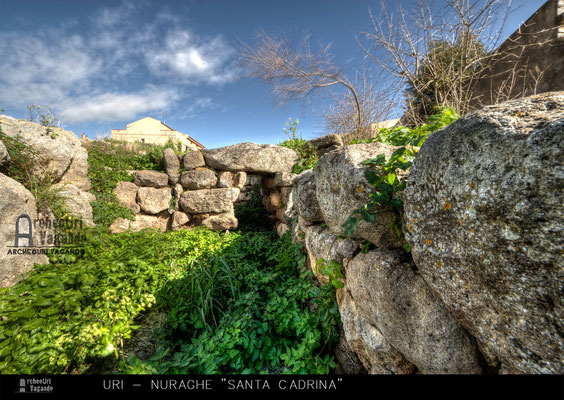 THE FAIRIES OF THE CANYON RIU MANNU

A mystical place, where the eye is lost to admire the white cliffs, home to colonies of songbirds. We are in the middle of a canyon carved by the river "Riu Mannu" for millions of years, a wild place where you could ever live. However, 5,000 years ago, an ancient people decided to build on the steep peaks of eternal dwellings for his family: the "Domus de Janas", a place considered sacred, due to the sound of the river, singing birds and the white of its limestone walls: a suitable environment for the eternal rest of loved ones... 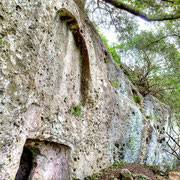 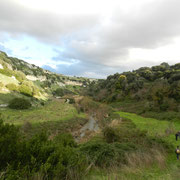 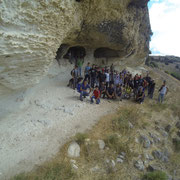 DOMUS DE JANAS OF MONTESSU AND SACRED WELL OF TATINU

During this excursion we will discover the “Domus de Janas” of the necropolis of Montessu and the Sacred Well of Tatinu in the southern- west area of sardinia called “Sulcis”.
The word "Domus de Janas" refers to the ancient legends that tells of mysterious fairies of small stature who would inhabit these places. We know that the Domus de Janas that are built all over Sardinia (over 2400) are tombs carved into the rock by the people who lived on the island since the Neolithic age. Many of these appear as little more than a hole in the wall, although some harbor wonderful graffiti carvings while others are large and complex.
The tour continues with the visit of Temple of Tatinu, dating back to the late Bronze Age where the worshipping of water took place.
The temple, which immediately impresses the visitor with its grandeur, was dug around a spring and it was a place of pilgrimage. 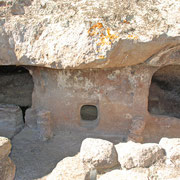 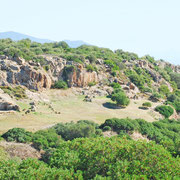 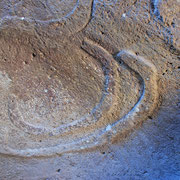 THE ARCHAEOLOGICAL WONDERLAND OF MARGHINE

The Marghine is a region located in the western central Sardinia that can be defined as a large open-air museum.

In fact, there are many pre-nuragical and nuragical archaeological remains.
Among the most important monuments we can admire the Domus de Janas Filigosa, the Nuraghe Santa Barbara and  thee archaeological area of Tamuli with its nuragical village and the graves of giants.
Accompanied by a guide, you can admire the most important monuments of the Nuragic civilization trying to capture the spirit of this ancient population. 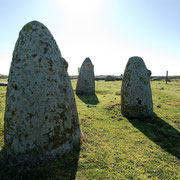 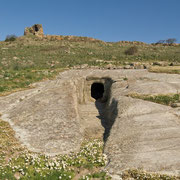 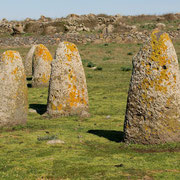 The excursion includes a tour guided by an archaeologist specializing in prehistoric ages, of the most visited archaeological site in Sardinia. The protohistoric castle, built 3500 years ago that draws gasps from it’s visitors. The Nuraghe, a monumental stone castle with towers of over 20 metres, is unique to Sardinia; you will not find anything like this in any other country. Their purpose is shrouded in mystery: It was probably a fortresses, where the most important people of the community lived, but it is also possible that, over time, the Nuraghe were also used as a temple. Barumini is located in an area of Sardinia called Marmilla (breast), which signifies the fertility but also to reflect the hilly landscape.

Since 1997, the archaeological site of Barumini has been a World Heritage Site and is one of the best preserved among the nuraghis excavated. 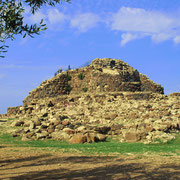 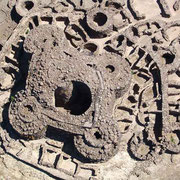 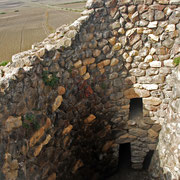 The North West of Sardinia has a lot to tell us. This is a corner of the island where the prehistoric man has created masterpieces that are a mixture of art and high-level technique.
The first leg of our journey we can admire the domus de Janas "S'Incantu" (magic) in the territory of Putifigari, one of the most beautiful of the whole island. The Domus de Janas, also known as the "fairy houses" are monuments built there around 5000 years, linked to the mysterious cult that dug the rock to build eternal mansions for their dead. 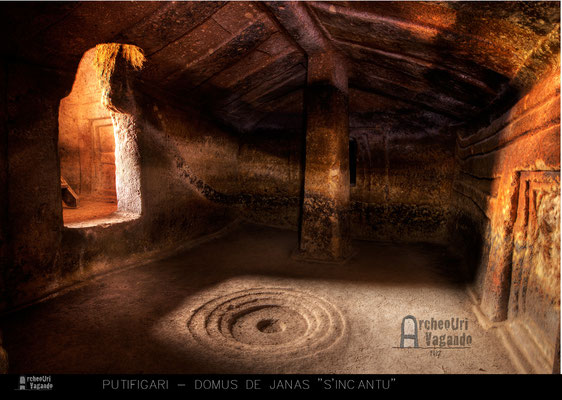 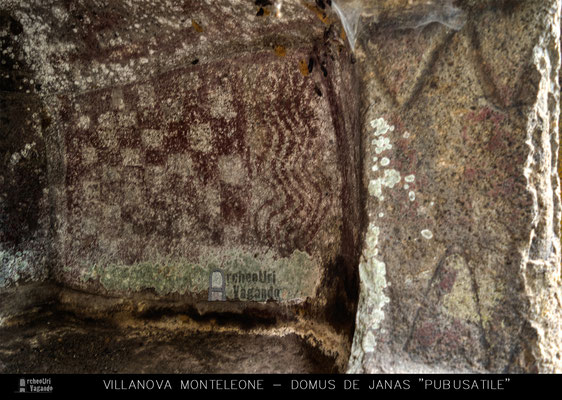 THE ARCHEOLOGICAL SITE OF THARROS AND THE SINIS PENINSULA

The archeological site of Tharros bewitches visitors both for the ruins of the old commercial town and for its geographical position looking over Oristano Gulf and farther the Monte Linas range. Dominating the Tharros ruins there is the San Giovanni Tower built with the stones of Tharros, already abandoned in the 10thcentury A.C.

From Tharros we can reach “San Marco” Cape, the northern promontory of the Oristano Gulf, where an old lighthouse represents the extreme point of Sinis Mainland. Sinis is the depression ara of Oristano region, separated from it by extensive sandy strips. This is a lagoon which extends for 450 hectares, deep from 0.5 m to 1 m. The environment, characterized by constant winds, salinity and low rains, has favoured the presence of remarkable animal species, above of all: many birds. The most common birds are: pink flamingos, cormorant, marsh harrier, herring gull, sea partridge, heron. Ornithologically speaking, Sinis is one of the most important areas of Sardinia. 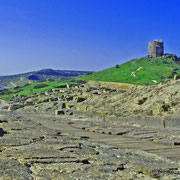 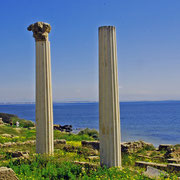 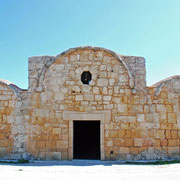 The tour is divided into three parts: the first allows us to discover the first human traces engraved on the rocks there 5000 years and still remain a mystery to decipher.
We continue with a visit to a majestic nuraghe which integrates perfectly with its environment, and we end with the discovery of a pearl ofdomus de Janas with the painted ceiling depict cryptic symbols... 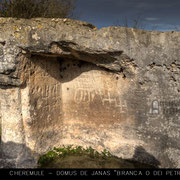 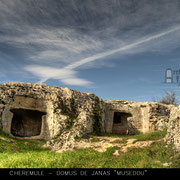 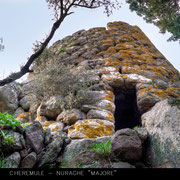 YOU DID NOT FIND THE TOUR OF YOUR DREAMS? DO YOU NEED A PERSONALIZED PROPOSAL?